The 100 and 200 blocks of Banff Avenue will be closed to vehicle traffic this summer to provide more space for pedestrians to practice physical distancing, and to provide local businesses with more space for customers during the COVID-19 pandemic.

This will be a pedestrian-only zone. Cyclists and skateboaders must dismount and walk through the area.

This pedestrian zone will be implemented June 1 until September 18. 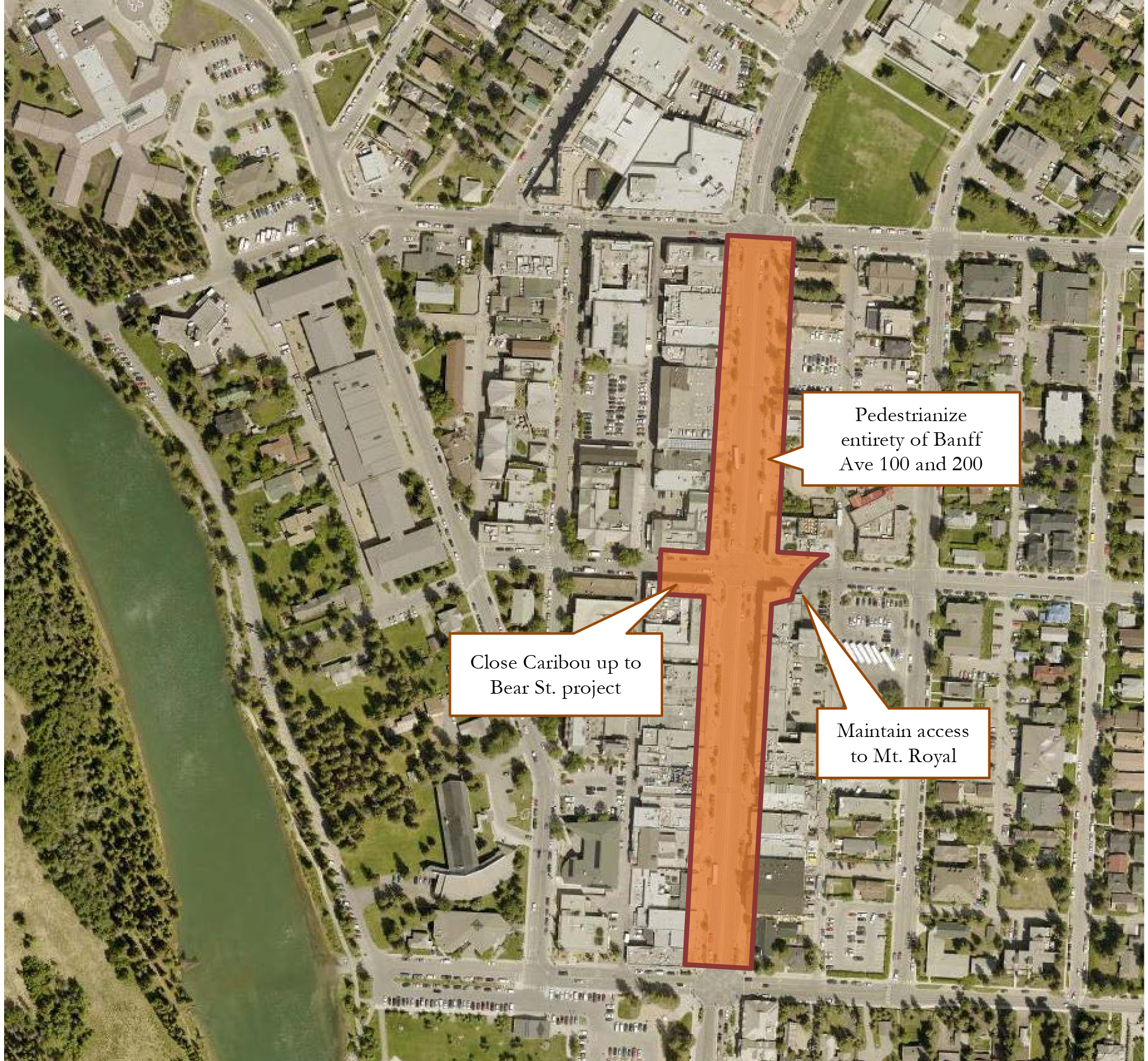 This location is traditionally the busiest pedestrian area in the Town of Banff. The closure, in addition to providing space for physical distancing for pedestrians, will provide more space for customers accessing businesses on Banff Avenue. Restaurants and stores have limits on interior occupancy. Businesses may offer sidewalk seating and retail displays along the pedestrian zone, while ensuring people can maintain two-metre distance from others. Several businesses on nearby Bear Street will also be able to set up displays on Banff Avenue while construction takes place on that road (http://brandnewbear.ca). Banff’s economy is significantly affected by the COVID-19 pandemic and this is one measure to help businesses safely operate.

Banff Avenue is an important transportation corridor for vehicles. The closure of 2 blocks in the downtown core will create some traffic congestion, likely on busy summer days due to the detours.

Vehicle traffic will be diverted to adjacent streets, such as Lynx Street, Beaver Street, and to a lesser extent, Muskrat and Otter streets – on the east side of Banff Avenue, and Lynx and Buffalo streets – to the west and south of Banff Avenue. Access to the south side through detours and Buffalo Street will be maintained.

However, initially, the pandemic will reduce visitation to Banff. With international borders closed, more than 50% of Banff’s normal tourist population will not be visiting Banff. As interprovincial travel increases, then U.S.-Canada travel expands, the vehicle traffic will increase.

To deal with congestion, the Town of Banff is implementing a number of tactics, including: 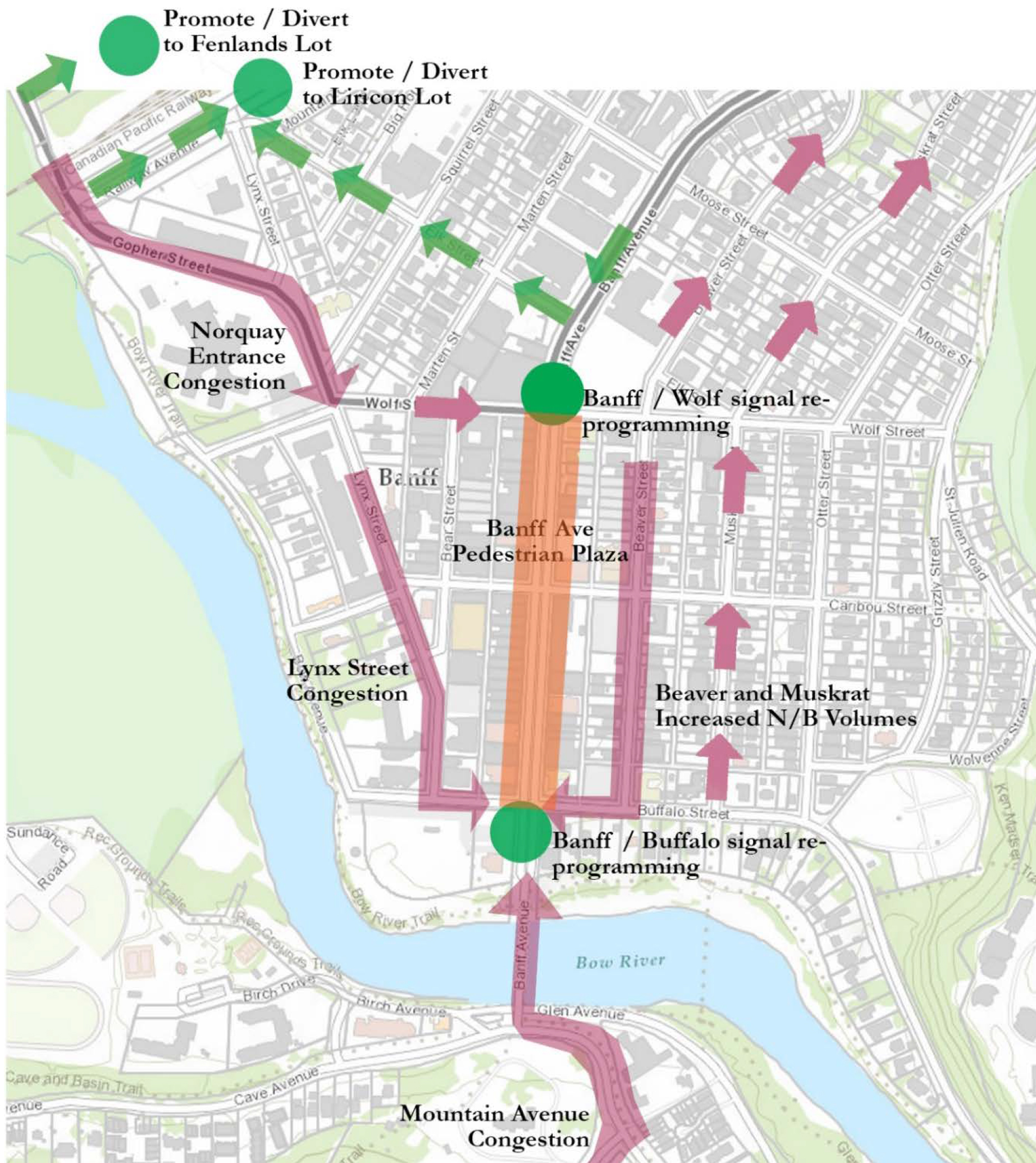 Banff is only 4 square kilometres in area. Parking is very limited and navigating will be affected by detours. Visitors to the Banff townsite should plan their route to one of the main parking lots, all within 10 minutes walking distance of the downtown core.

This project is funded from the Budget Stabilization Reserve in the amount of $175,000 to facilitate investments in traffic control, landscaping, and other related supports.