With the exception of news media, any person, organization or company wishing to access public areas in the Town of Banff for the purposes of commercial photography, video, film and television—including documentaries—must obtain a film permit from the Town of Banff.

Film Permit Applications for shooting within the Banff townsite must be submitted at least seven days prior to the shoot or the permit will not be issued.  Larger productions require 30 days advance application ahead of the shoot.

Film permits will NOT be issued by the Town of Banff for any weekend between the May long weekend and the September long weekend (inclusive), nor for any other long weekend in the year, for any production involving any vehicle or pedestrian traffic disruptions or parking disruptions.

A film permit application starts the process to review your proposal. Town of Banff staff will provide useful information about availability of locations, construction activity, special events or other activity that may prevent successful filming at certain locations.

You are encouraged to submit an application or contact our team well in advance of the shooting date to allow you to address all the requirements of shooting in Canada's first national park.

If the application is not complete - with all requirements - at seven days in advance of the shoot, a permit will not be provided.

How do I know if I am filming within the Townsite?

Please refer to this map to see if you are filming within the townsite. Popular locations that are OUTSIDE the Town of Banff include the Sulphur Mountain Gondola, the Cascade Gardens, Tunnel Mountain, the Norquay Lookout and the Golf Course. These are located on Parks Canada managed areas outside the town site.

How do I know if I intend to film on Public or Private land within the townsite?

Private land would be inside a privately owned business (such as a shop on Banff Avenue) or land leased by a business (such as the Fairmont Banff Spring Hotel). Though you do not need a permit to film on private land, the town does require written permission from the business to be provided and adequate insurance.

What does the Permit require?

To be processed, every film permit requires the following:

a) Completed Application Form:
Permits cannot be processed if a COMPLETED application form is not submitted at least 7 days before shooting, for small projects, and 15 days for larger productions.

b) A detailed Film Itinerary (between the hours of 8 a.m. and 10 p.m.)
We need to know where and when you intend to film. You need to be specific to allow Town staff to assess availability or conflicts with other activity. Good examples would be:

Submissions lacking specificity or with vague locations (such as Banff Avenue, or ’the bridge’) or with large blocks of time (10 a.m. to 10 p.m.) will not be processed or permitted.

Film permits cost $263 per day, or for any portion of a day. The daily rate is reduced to $200 per day, for 5 or more days of continuous shooting.

Banff charitable and non-profit organizations are exempt from the fee, as are owners and operators of public utilities.

Film permit fees will be waived if rental fees have been paid for the public place being used for the shoot. A permit with valid insurance is still required.

The minimum insurance requirement is for $2 million in general liability. "The Town of Banff" and "His Majesty the King, in Right of Canada, as represented by the Minister of Environment for the purpose of the Parks Canada Agency" must be named as additional insured parties.

e) Additional information or permits may be required

Depending on the nature of shoot, some projects will require further information such as site maps, communication plans for notifying businesses/residents, signage to alert passers by about filming, and street use permits. Street use permits are required if a road or sidewalk or park are closed to public access for any length of time. A street use permit is also used to reserve parking spaces.

Airspace within the boundaries of the Town of Banff is restricted due to local heliports. Use of drones is a restricted activity in Banff National Park. Therefore, it is not permitted to fly drones inside the Town of Banff. You can see the no fly zone on this interactive map. Special arrangements with Transport Canada and Parks Canada may be made to fly drones within the national park. Contact these organization directly: 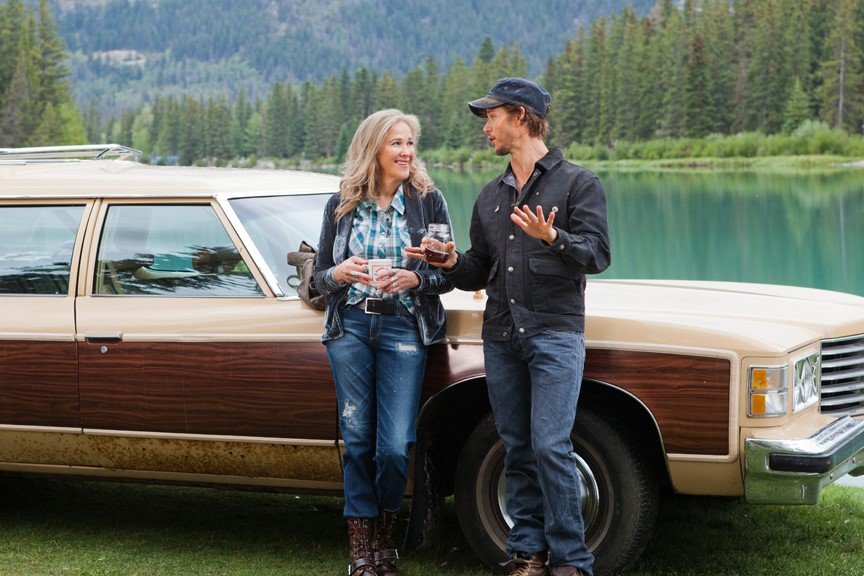 Depending on the nature of your shoot, you may need to be aware of some of the town’s bylaws. The most common bylaws related to filming activities are Street and Public Use.

Wedding Photography within the town site doesn’t require a commercial film permit, but wedding photographers do require a Town of Banff Business License in order to operate.