Arguably, nobody better anticipated the opportunities offered by the advent of Western Canadian tourism than Norman Luxton. Like other early settlers, Luxton saw the unique potential in Banff. Throughout his life, Luxton was instrumental in promoting, building, and celebrating the townsite.

An adventurer and entrepreneur, Norman Luxton was born on November 2, 1876, to William and Sarah Luxton in Upper Fort Garry on the Red River (what is now Winnipeg). Originally from Ontario, the family arrived in Manitoba after Norman’s father was offered the job of covering the “new west” for the Toronto Globe. Many of Norman’s earliest experiences greatly influenced the direction his life took, including friendships with local First Nations children, learning how to fish and hunt, being an excellent marksman and avid canoer, and learning the art of taxidermy. As a teenager, Norman worked for his father’s newspaper (Manitoba Free Press) but in 1892, Norman left Manitoba, heading west.

In 1901, Norman met Captain John Voss in Vancouver, and together they embarked on an epic adventure, garnering global media attention. John and Norman set sail aboard the Tilikum, a First Nations dugout canoe, to circumnavigate the globe. Upon returning to Canada, after sustaining an injury near Fiji, Norman arrived in Banff in 1902 to take advantage of the recuperative benefits of the hot springs, where he remained until his death in 1962. 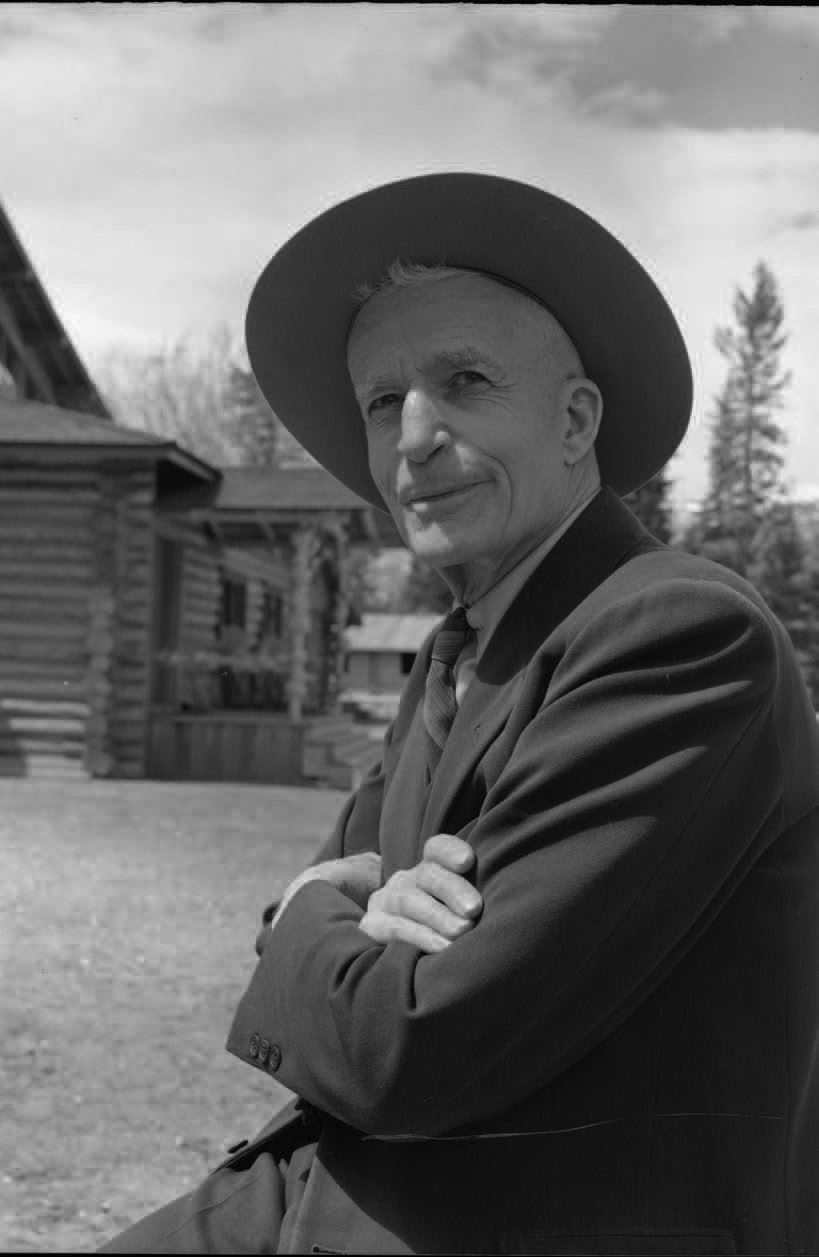 Early twentieth century Banff had a diversified economy and was full of opportunity. Shortly after his arrival, Norman established a number of businesses in town, and over the course of his life, he and his family significantly contributed to the commercial and cultural development of Banff, a legacy still strong today.

In 1904, Norman married Georgina McDougall, a member of the family that ran the Methodist mission and trading post at Morley. They had one daughter, Eleanor. This early connection to Morley reinforced Norman’s relationships with the Iyârhe Nakoda, who traded with him and supported several of his initiatives, such as participating in the Banff Indian Days, selling artifacts, crafts, and providing skins and furs to sell at the Sign of the Goat Curio Shop. 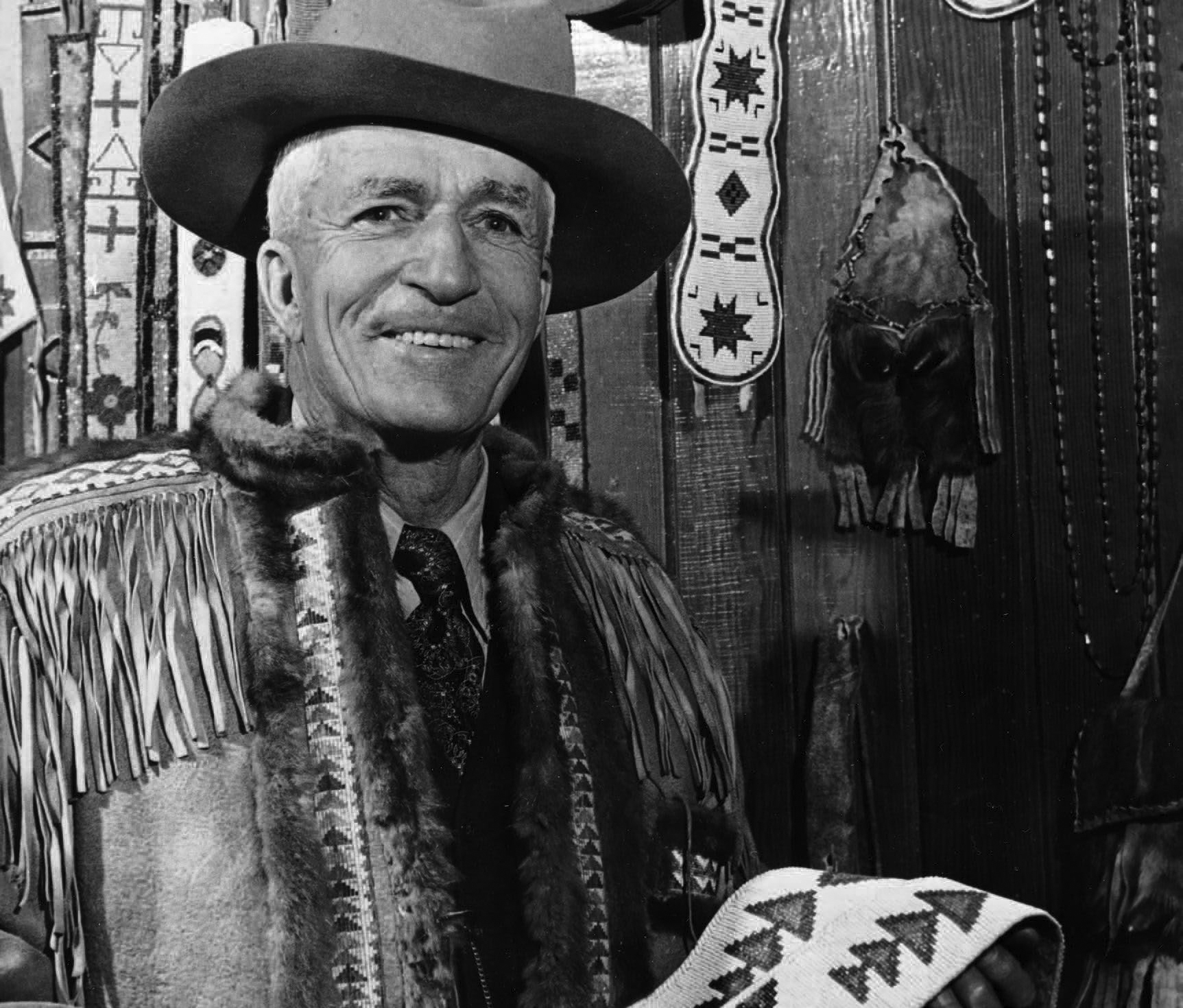 Norman was an active community member and participated in a variety of different clubs and committees, including the Banff Chamber of Commerce, the Banff Booster Club, the Banff Advisory Council, and the Indian Association of Alberta. During this period, these organizations played significant roles in local governance, long before Banff was incorporated as a town in 1990. While his contemporaries Jim Brewster and Dave White had strong roles in these organizations, Norman stands out as a resounding voice in local affairs, decisions, and cultural leadership during this critical period of the townsite.

Norman was also instrumental in helping Canada successfully purchase the Pablo bison herd from Montana. He participated in the roundup, photographs of which he published in 1907.

Recognizing the historical, ecological, and cultural significance of returning bison to Banff, in 2009, the Eleanor Luxton Historical Foundation initiated the Bison Belong project, gathering public and federal support for their reintroduction to the park. In 2018, 31 bison, descendants of the Pablo herd that Norman worked to bring to Canada, were released in Banff National Park. This is a recent example of how the Luxton family, built on Norman’s tireless commitment to Banff, continues to have an enormous impact in safeguarding Banff’s diverse history and heritage.

A true entrepreneur and keen businessman, Norman Luxton established many different businesses. Here are some examples that reflect Norman and his family’s contributions to the commercial and cultural development of Banff.

Builds and opens the King Edward Hotel, Banff’s first all-season hotel. One of Norman’s tactics to entice tourists and guests was to purchase the latest technology for the hotel, such as Banff’s first gramophone. The original building’s architecture reflected the frontier-style of the growing town, however, when it burned down in 1914, Norman rebuilt the hotel in the Edwardian style, reflecting attempts during the period to beautify Banff’s downtown. 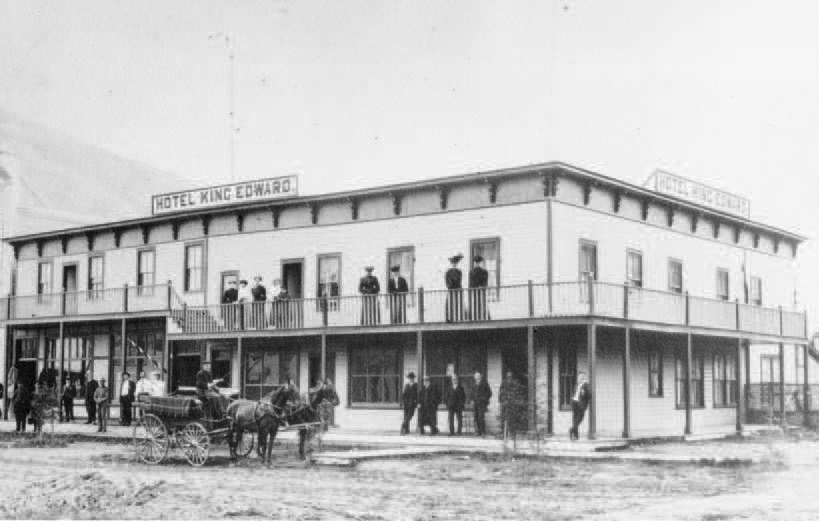 Established the Sign of the Goat Curio Shop, which he promoted as a combination of souvenir shop and curio museum. It was stocked with a variety of mounted game trophies and furs, Indigenous artifacts and art, and curiosities (including the Banff merman!). Norman eventually moved this building to a lot south of the Bow River, a strategic location between the hot springs and the Banff Springs Hotel, where it remains as the Indian Trading Post today. 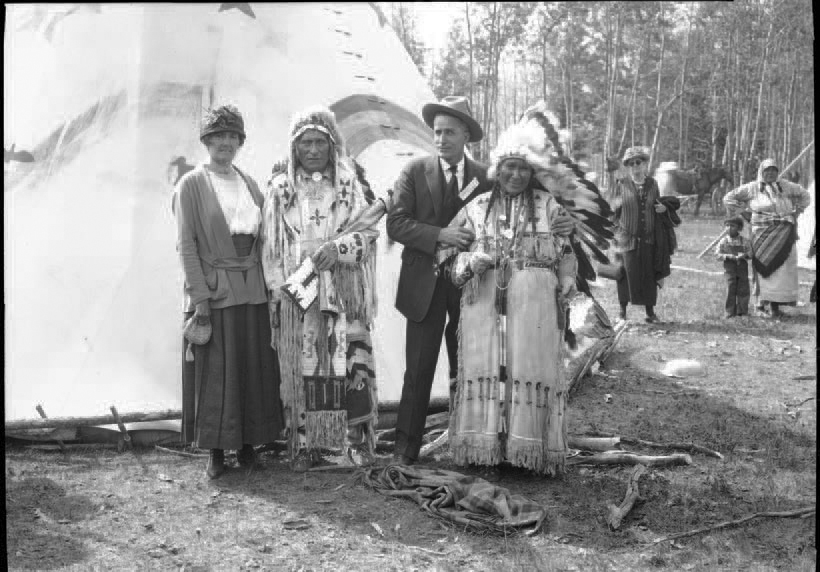 Looking for ways to promote Banff as a popular winter destination, Norman established the Banff Winter Carnival. The annual event featured a number of different activities and competitions, including ski races and ski jumping, a sculpted Ice Palace, figure skating and skating races, trap shooting, hockey matches, tobogganing, and a curling bonspiel. By 1921, the carnival was attracting not only amateur skiers and athletes but professionals as well. The Banff Winter Carnival has evolved into SnowDays, an annual January event that attracts tourists and locals to participate in winter activities. 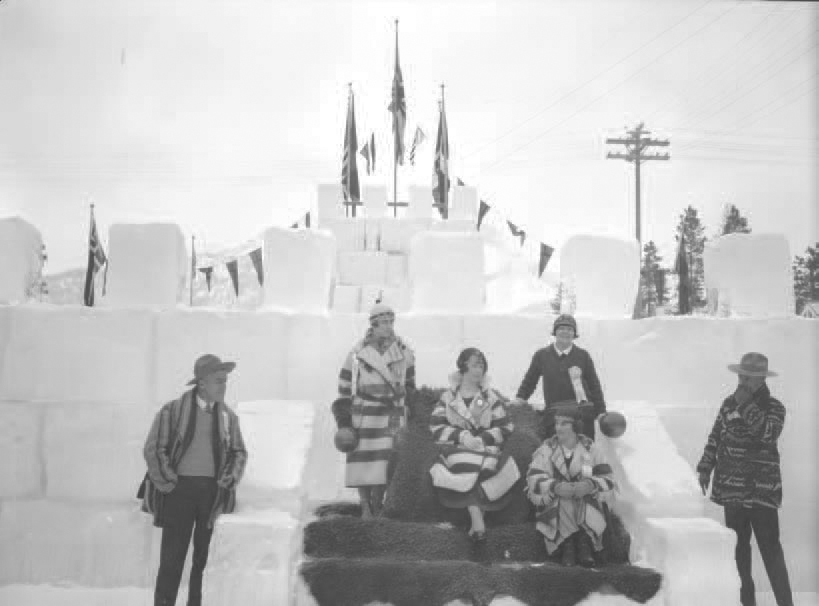 Norman was an excellent marksman and hunter, so as a reflection of his membership to the Calgary Gun Club, Norman established the Banff Gun Club and built a log cabin clubhouse, currently located beside the Buffalo Nations Museum. Hunting and trap shooting were highlights of visiting Banff and were used promotionally as a way to bring tourists to the town and the park. Although sport hunting was a popular and encouraged activity in Banff, the Iyârhe Nakoda people were limited to entering the park to hunt for subsistence purposes. 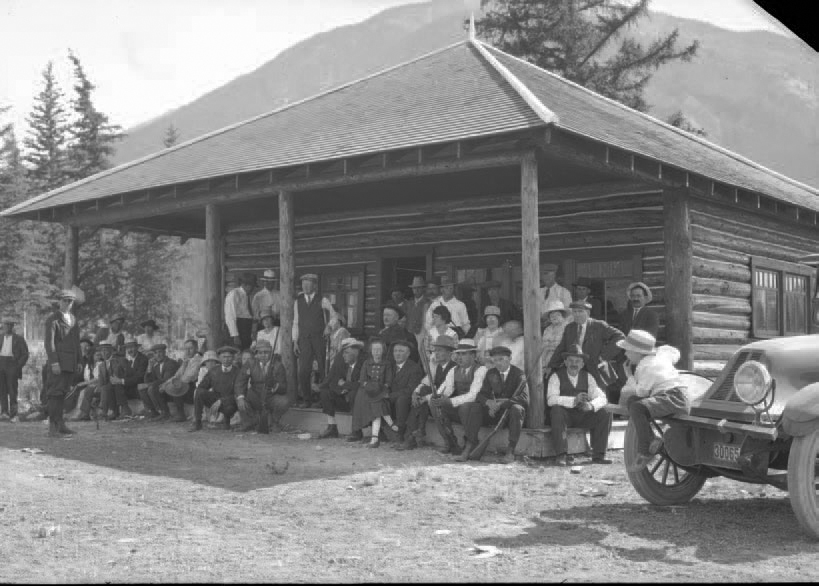 With help from Eric Harvie, Norman built and opened the Luxton Museum of the Plains Indian in June 1953, now named the Buffalo Nations Museum. Built to resemble a Hudson’s Bay Trading Post, the log fort-like structure was expanded over a number of years. The museum allowed Norman to share and preserve his extensive collection of Indigenous artifacts and cultural items with locals and visitors, providing a better understanding of and appreciation for local First Nations peoples and cultures. The museum remains open to the public in its original location. 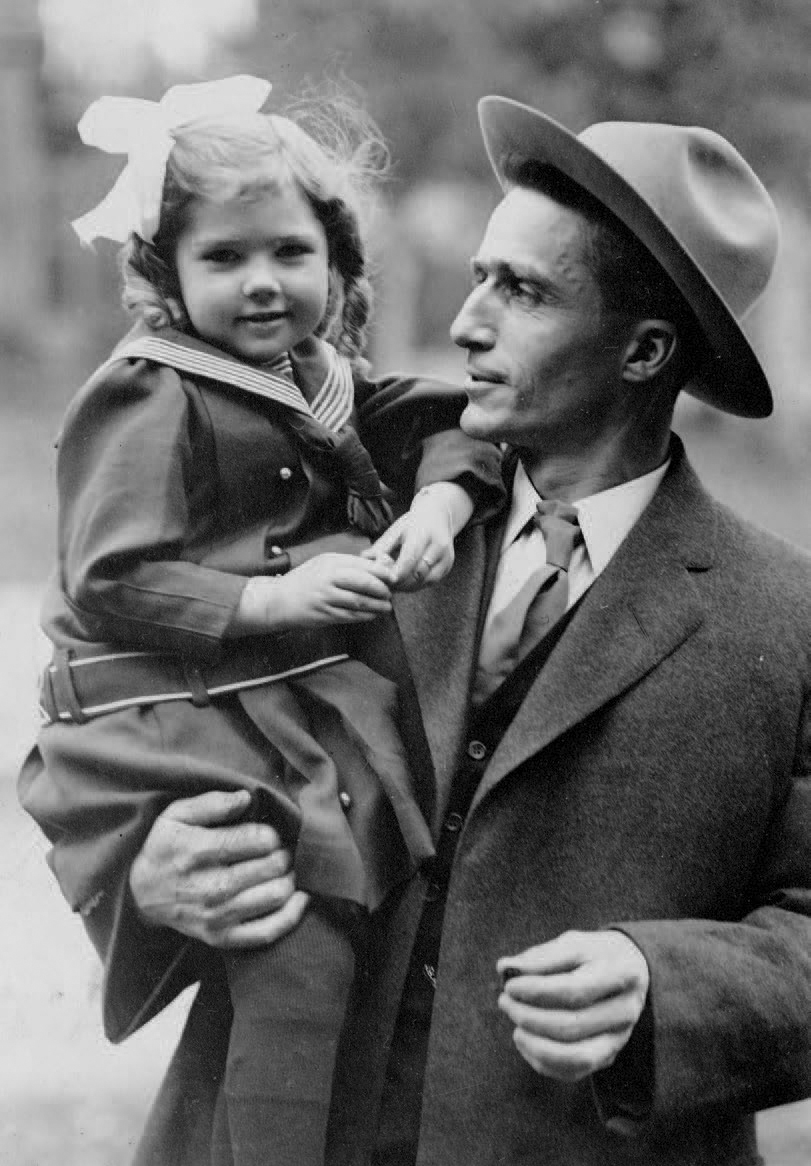 Norman’s daughter, Eleanor, established the Eleanor Luxton Historical Foundation prior to her death in 1995. The Foundation continues efforts to preserve and commemorate the Luxton legacy and the built heritage on Beaver Street, including the Luxton home, which is open to the public as a museum. To preserve and promote the history, culture, and ecology of Banff, the Bow Valley, and Western Canada, the Foundation champions a number of different initiatives, including the Bison Belong project, which built off of Norman Luxton’s 1907 goal to bring bison back to Banff National Park, and is finally a reality as of 2018. More information about the foundation is available at luxtonfoundation.org.

In partnership with the Archives at the Whyte Museum of the Canadian Rockies and the Eleanor Luxton Historical Foundation, Banff Heritage Corporation is proud to present this article as part of the Landmarks and Legends series.

The Town of Banff provides storytelling opportunities to recognize our community’s shared history with Indigenous peoples.