During a time of burgeoning tourism and increasingly restrictive legislation for Indigenous peoples in Canada, Banff was evolving from its days as a frontier town to a well-known destination. This confluence of place and circumstance suggests that Banff was a natural location for interaction between Indigenous and settler communities. The lives of Byron Harmon and Hector Crawler offer unique insight about this history. 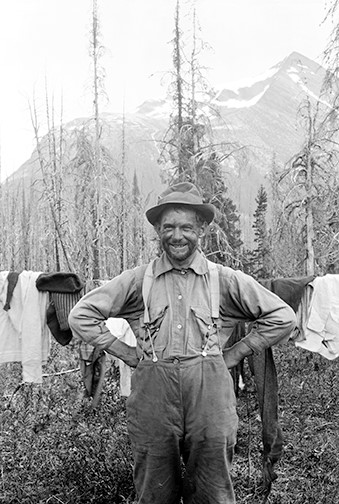 Considered one of the most prolific photographers of the Canadian Rockies, Byron Harmon was an avid explorer, entrepreneur, and early pioneer of Banff. His collection of photographs not only chronicled his many adventures, but inspired a generation to travel and explore Banff.

Born in 1876 in Tacoma, Washington, to Clara and Hill Harmon, Byron began a photography business in Tacoma in the 1890s until he closed up shop to travel North America as an itinerant photographer. During his travels, Byron visited Banff where he discovered the beautiful landscape, relief from his asthma, and, in 1909, an opportunity to open the town's first photography studio. Just three years after settling in Banff, Byron became the official photographer for the Alpine Club of Canada, documenting their annual climbing camp and expeditions. This experience led Byron to begin his own photographic tours, which focused primarily on the landscapes and celebrity outdoor enthusiasts.

Byron's photography was heavily used for promotional purposes, particularly by the Canadian Pacific Railway, for postcards, posters, calendars, and view books. A true entrepreneur, Byron travelled internationally to promote Banff and bring visitors to Canada's first national park. For example, he travelled to the Alpine Congress in Monaco in 1920. As a 1919 Crag and Canyon article noted, "Byron Harmon is the best asset Banff has in the line of advertising the village to the outside world." 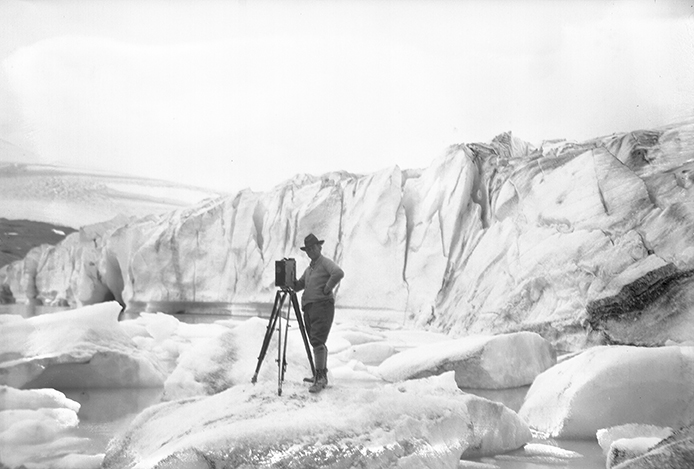 Byron also amassed a large collection of photographs of local Indigenous peoples, particularly the Iyãhé Nakoda (Stoney Nakoda) from Morley, including several of Hector Crawler. Although commercial photography was his focus, Byron also had a keen interest in photographing Indigenous peoples. This interest began in Tacoma and was likely influenced by his mother's experience as a teacher on the local reservations. These compelling photographs, ranging from the Banff Indian Days to studio portraits, offer a lens through which to examine the relationship between the Iyãhé Nakoda and Banff's first settlers.

Byron was an active community member, operating a popular photography studio, a movie theatre, and membership on numerous civic committees and boards, and his legacy is still highly visible in the town today. Harmony Lane, which housed Byron's photography studio, still stands on Banff Avenue as a Municipal Heritage Resource. 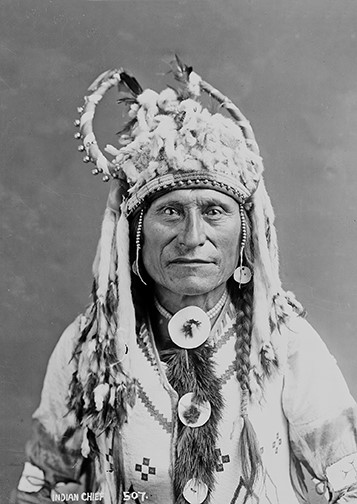 Remembered and revered as a healer, Wahchegiye (meaning "close to the creator") was a man of many talents and experiences. His story is captured in correspondence by Banff's settlers (including Norman Luxton, Tom Wilson, David White, and John Laurie) and most notably in Byron Harmon's photographs.

Hector Crawler, born sometime around 1850, was a Iyãhé Nakoda medicine man, tribal councillor (1906 to 1919), and Chiniki chief (1922 to 1932). Hector was a young man in 1877 during the signing of Treaty 7 for which his brother George Crawler was a signatory. Treaty 7 was signed at Blackfoot Crossing between the Crown and several First Nations in what is now southern Alberta, including the Nakoda. Unlike his brother, Hector lived to experience the tumult that followed. His generation was the first to experience numerous restrictions imposed on Indigenous peoples, while also trying to maintain their traditions and ceremonies.

Hector was a notable hunter and would sell and trade skins and furs in Banff. Town settler Norman Luxton and activist John Laurie both noted that Hector was highly skilled on the trap line (particularly trapping marten), naming him an expert and the "best on the reserve." In 1888, it was noted that he once singlehandedly defended himself from seven men after they had stolen his horses. Hector remarkably managed to get his horses back while sustaining only a minor injury. To Banff's early settlers, he was revered as a fearless hunter, warrior, and chief. To his own community, Hector was admired as a healer and leader. 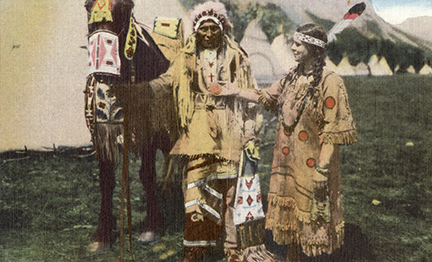 In the late 1890s, due to different losses and economic hardships, including losing a number of horses during an incident with a CPR train, records suggest that Hector went into the mountains at Lake Minnewanka and had a spiritual experience, in which he was gifted the power of healing by the Great Spirit. He returned to the valley and became a beloved medicine man and healer: "Hector would sing a spiritual song with his rattle while two young girls danced. The next day, Hector and the girls would go find and collect the herbs to boil. The sick person would drink the tea, while Hector sang and the girls danced. They would stay for four days with the sick person, who would begin to show signs of being healed on the fourth day." 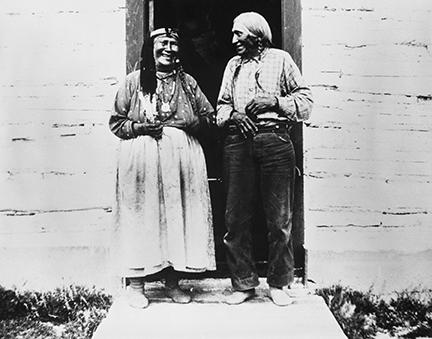 Although a resident of the Morley reserve, Hector often traveled to the mountains of Banff National Park to engage in spiritual activities, conduct business, and participate in the Banff Indian Days. It was during those summer days where he met Byron, and where the promotional imagery of the Canadian west was constructed.

Byron and Hector's lives are storied and symbolize the parallel and yet unreconciled human history of the Bow Valley. The Town of Banff's Landmarks and Legends Series will work to provide storytelling that recognizes our community's shared history with Indigenous peoples.